They live just in the north of the equator the Rift Valley province of Northern Kenya.

The Samburu are closely related to the Maasai of East Africa. They speak a similar dialect, derived from Maa, which is a Nilotic language. The Maa language is also spoken by the other 22 sub-tribes of the Maa community otherwise known as the Maasai.

The Samburu are semi-nomadic pastoralists. Cattle, as well as sheep, goats, and camels,
are of utmost importance to the Samburu culture and way of life. The Samburu are extremely dependent on their animals for survival.

There are many game parks in the area, one of the most well known is Samburu National
Reserve. The Samburu sub-tribe is the third-largest in the Maa community of Kenya and
Tanzania, after the Kisonko (Isikirari) of Tanzania and Purko of Kenya and Tanzania.

The tribal loops are carefully recorded on location and curated voices of ‘Samburu
morans’ (young men) and both young and mature women. The songs represent the
vibrant, every day energetic songs, sang after daily work as a pastime. Unique Tribal samples also feature songs sang during marriage and initiation ceremonies. 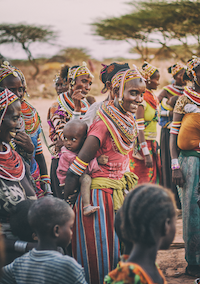 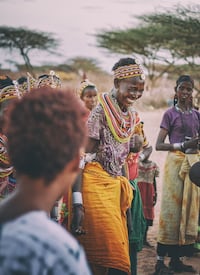 Go Hard Music is a music production business,based in Nairobi.Our mission is to improve & offer value through our blog tutorials ,beats,Drum kits,Vst presets and more premium tools for music producers,composers, & film companies in Kenya and the world at large.

Zulu
Manage Cookie Consent
To provide the best experiences, we use cookies to store and/or access device information. Consenting to these technologies will allow us to process data such as browsing behavior or unique IDs on this site.
Manage options Manage services Manage vendors Read more about these purposes
View preferences
{title} {title} {title}